Journeys into Darkness: Of Dooms and Death and Out of the Deep, by Dennis Hamley 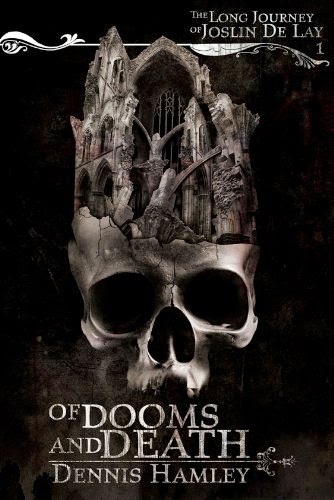 Reminiscent of Umberto Eco’s The Name of the Rose, Of Dooms and Death – the first book in Hamley’s series The Long Journey of Joslin de Lay – evokes a mediaeval world of poverty, privilege and intense religious feeling. Like all good historical fiction, it does more than bring a particular historical period to mind; it makes it real, immediate, and even familiar. When the period in question is as distant in time and mindset from our own as the Middle Ages, this is no mean feat.

Joslin de Lay is a young minstrel who, following his father’s death, travels from his native France to England. Prior to his death, his father urged him to travel to Wales on a personal quest (the “long journey” of the series title). Joslin’s ship, however, docks in Eastern England, leaving him with a long way still to go. Making his way inland, Joslin takes refuge in an abandoned plague village near the small town of Stovenham, which makes him an easy target for the superstitious horror of the townsfolk – that, and the fact that he is a Frenchman, and therefore from a country at war with England.

Unsurprisingly, when a series of murders begin in the town Joslin soon finds himself being cast as the prime suspect. Finding the murderer becomes a matter of urgency, and not simply in order for Joslin to clear his name – he soon realises that he may be the next victim. The tension builds steadily, relentlessly, as Joslin and his allies find themselves pitted against an assassin who “works unseen and invisible ... Truly like the serpent at noonday.”

Hamley brings his characters to life beautifully, presenting them as people not, in essence, so very different to us, however unfamiliar their society and culture. They speak in modern English – a good stylistic choice, making their speech not just easy to follow for the modern reader but a vital, living language. (As Hamley points out in the Afterword, the characters would have been speaking modern English by their own lights.) There is a parallel with our own time, too: this is a society where people, enervated by war and sickness, are questioning the system and the ties of tradition. “There’s two laws in the world,” says one character, “God’s and the King’s ... and people are as deserving, whether king or churl.”

A fast-paced mediaeval thriller, Of Dooms and Death is both an immensely satisfying read in its own right, and a captivating introduction to the Joslin de Lay series. 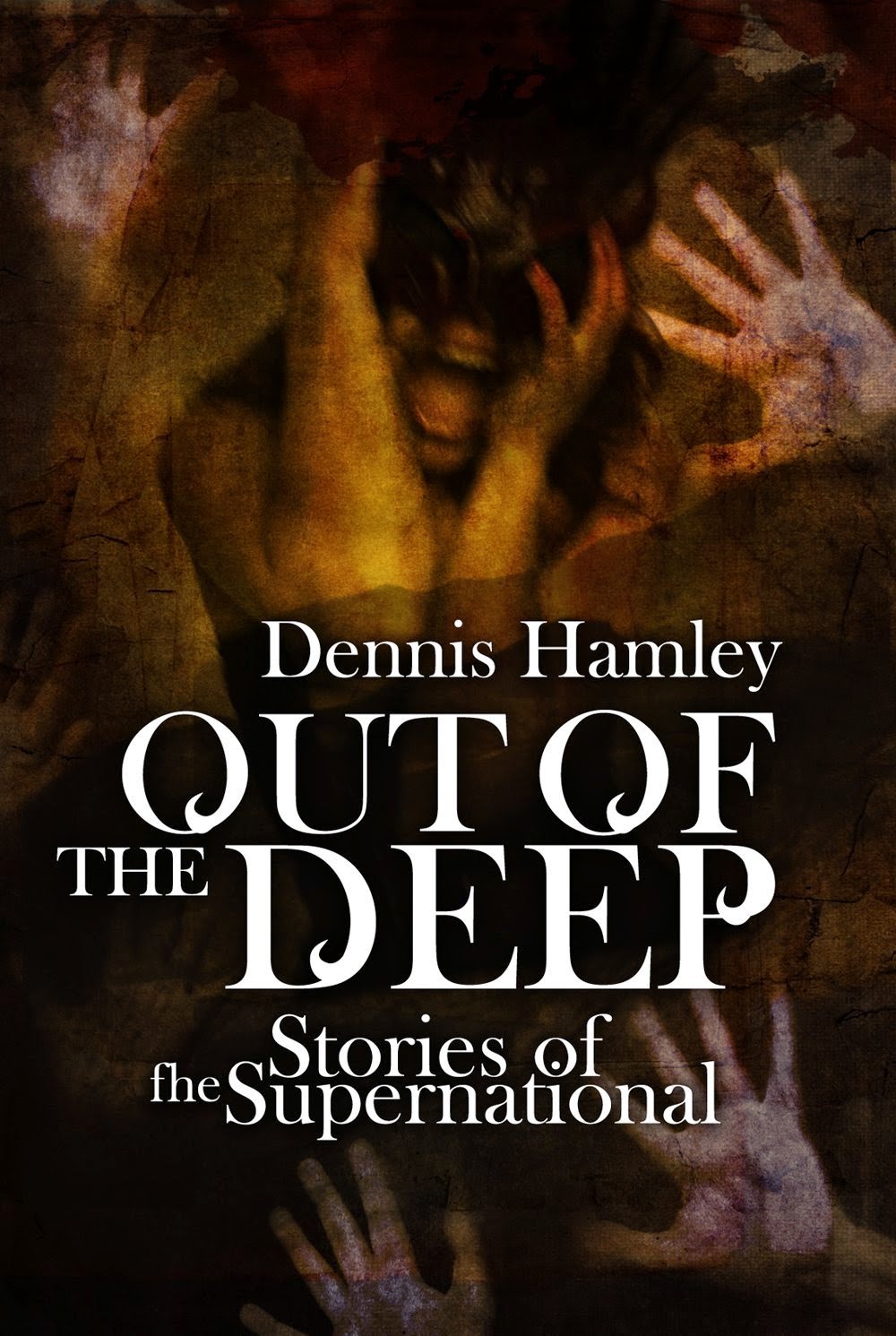 There was something in the air; something indefinable; something fearful. Both felt it; neither said anything about it. But they were both watchful.

The stories in Hamley’s collection Out of the Deep are supernatural tales just as I like them: subtle, light on out-and-out horror, but full of psychological insight. These stories have a variety of settings, from a monastery to a football pitch, and a variety of characters, from a vulnerable schoolgirl to a bare-knuckle prizefighter; what they all share is an insight into human behaviour and common human situations.

The story Hear my Voice has a mediaeval flavour, as both a monk in the Middle Ages and a modern schoolboy are attacked by the same malign entity. Naturally, their interpretations of this entity differ: to the monk it is of the Devil, while the schoolboy interprets it in altogether more worldly terms. Hear my Voice is about the power of music and the joy, and perhaps the dangers, of creativity; both monk and schoolboy are artists who unwittingly become channels for something altogether more dangerous:

He remembered the great ones of the past: Mozart and Schubert, dead in their prime; Beethoven so deaf he never heard his greatest work. And what about John Keats? ... Yes, he knew what had happened to Colin Chiltern. And perhaps it had to.

From this despair, however, comes a new surge of hope:

Inside his mind the noise changed. The old harmonies did not return. But out of the cacophony there came, dimly at first but steadily stronger, a deeper, stranger music than he had ever heard before. He did not understand it; was not sure if he could handle it. But his pace quickened and soon he broke into a run, to lose no time in trying to capture it forever.

The stories in this collection are all supernatural in nature, often (though not exclusively) dealing with the theme of ghosts. Ironically, ghosts – not generally judged to be “real” – can sometimes illustrate the reality of a given situation, and this is certainly the case in Out of the Deep. The ghost, existing in that queasy no man’s land between body and spirit, and truth and fiction, can nevertheless act as a kind of interpreter insofar as human hopes, fears and longings are concerned. For example, in The Overbalancing Man the ghost is representative not just of an oncoming danger, but of the power of both love and grief.

While it is the ghost who is traditionally seen as “trapped”, many of the living characters in these stories seem equally confined – by parents, guilt, or isolation. In Incident on the Atlantic Coast Express the protagonist is captive not just to his mother, but to the weight of their joint histories. In Early Three Mornings, a young woman is constrained and “haunted” by a traumatic incident in her past. In Time Trial entrapment is born of guilt and lost love.

Yet all these stories offer us hope. Ghosts, whether real or imagined, whether benign or malignant, can be exorcised. In Time Trial a guilt-ridden man is freed when he saves someone else’s life – and in the process, you suspect, his own. In The Shirt Off a Hanged Man’s Back a being trapped by guilt and a sense of injustice, desperate to share his story – “In all time stretched out before me, who will hear me?” – is set free by forgiveness, as is the one who forgives.

Many of the stories in Out of the Deep were written, I believe, for older children or young adults. However, anyone of any age could enjoy them. Like all good supernatural and ghost stories, they are ultimately about human life, in all its splendour and squalor. And for those who enjoy pulling the curtain aside and seeing some of the mechanics of the writing process, Hamley adds a postscript to each story, explaining where the original idea came from, and how the story came to be written – an added bonus for anyone who enjoys peering behind the scenes.

Email ThisBlogThis!Share to TwitterShare to FacebookShare to Pinterest
Labels: Dennis Hamley, Of Dooms and Death, Out of the Deep, The Long Journey of Joslin de Lay, The Name of the Rose, Umberto Eco