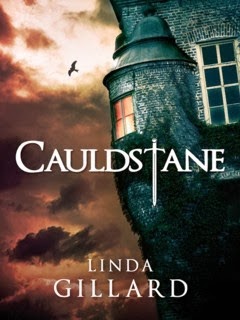 There's a remote and decrepit Scottish castle, (with a curse attached, of course), a wicked stepmother, a feisty but emotionally vulnerable heroine, more handsome men than you can shake a sword at, and a very dangerous ghost. . ."
To read more click here 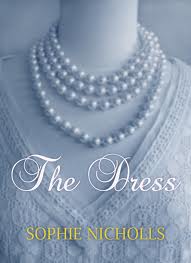 The Dress, by Sophie Nicholls 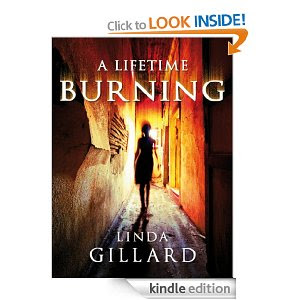 This is Jacobean tragedy re-imagined.


I came to that conclusion even before the heroine studied to become an actress and played Ophelia in the most famous of revenge tragedies.  There’s an adjustment to modern taste: the body count at the end isn’t as high as the Jacobeans liked it, and the hero doesn’t wander around with his sister’s heart on a dagger – well, only metaphorically, anyway.
Read more....http://authorselectricreviews.blogspot.co.uk/2013/08/review-of-lifetime-burning-by-linda.html
____________________________________________________

Dreams of the Blue Poppy 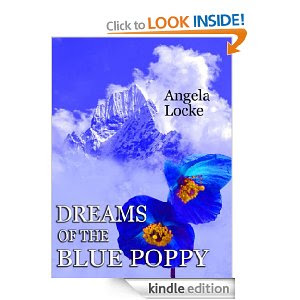 At Bambeck Hall in the Lake District, two children are born on the same day, a boy and a girl, but their fates are supposed to be very different.  Elizabeth Richardson is the daughter of the butler, and Charles Fergusson is the son of the owner.   Betty, as she comes to be known, lives below stairs, but her flaming red hair hints at a closer Fergusson connection.  Charles, suffering from a congenital heart condition, is confined to a wheel chair, but is encouraged by his grandmother - the enigmatic Maud - to dream of the Himalayas and a rare species of blue flower which had once been given to her by a Tibetan prince.

The two young people find great happiness in each other’s company and feel curiously compatible. Only Betty knows of the blood-lines that draw them together, but even she doesn’t know the whole truth of their ancestry.

This is a story of how Victorian social values and conventions warped the lives of generations of young people and how it encouraged a culture of secrecy - there were things that simply weren’t spoken of.  But the first world war was just around the corner, ready to sweep away a hundred years of rigid convention.  Betty’s father and Colonel Fergusson fight side by side and on the battlefield one man’s blood is just as red as another’s.

It is also the story of how hopes and dreams are attainable, if only you have enough courage and a little bit of luck.  Betty is a feisty heroine who isn’t going to let anyone put her down and she is quite willing to fight Charles’ corner as well!  This isn’t a conventional ‘upstairs/downstairs’ story - the plot turns this on its head, though I can’t give too much away.

The novel is beautifully written by an author with a long pedigree in publishing.  Angela Locke began working in children’s television and is the author of the Search Dog books set in the Lake District, a children’s novel ‘Mr Mullet Owns a Cloud’,  a book on travels in Tibet, 'On Juniper Mountain',  as well as being a published poet, journalist and former editor of glossy magazines.  You know you’re in safe hands from the first paragraph.  And the book is also beautifully designed with small floral motifs framing every chapter.  Good to look at and good to read.