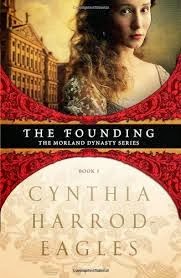 The Founding by Cynthia Harrod Eagles

"If you like Philippa Gregory, you'll love this. I read another writer's blog (Random Jottings - The End of a Dynasty?) recently lamenting that Cynthia Harrod Eagles' publishers had 'dropped' her because sales of her cult historical novels weren't as high as they would have liked. The blogger raved about the Morland Dynasty and the Kirov Saga (the latter set in Russia) and I was intrigued. Here was a writer with a long track record of rave-reviewed historical fiction and I'd never stumbled on her before. Why? Under-promotion, the blogger suggested - all the publisher's fault, and one of the reasons why so many writers are now self-publishing. So I hopped over to Amazon and downloaded the first of the Morland Dynasty saga - The Founding - set in the 15th century world of Richard III, Elizabeth Woodville, Margaret of Anjou and the Wars of the Roses - Lancaster and York." 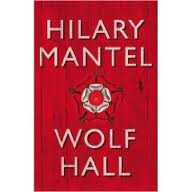 Mantel’s writing is effortless, beautiful, expert....  I experienced that pleasure which is quite rare for me these days – the hankering for a book and its world.  I was always eager to get back to it.  I often clicked back a few pages to read a passage again, simply because it was so beautiful. When I saw from the bar at the bottom of the kindle page that the end was close, I rationed my reading, to make it last.

.....One rediscovered book, which distracted me for more than three hours, was PERIOD PIECE: A CAMBRIDGE CHILDHOOD, by Gwen Raverat, my copy of which is an old Faber paperback from the 1960s, pale pink, with a black stripe down the opening edge.   Its original price was '6s 6d, net.' (32p)

To read the rest of this review, click here 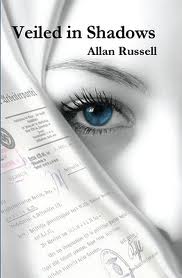 Veiled in Shadows by Allan Russell, reviewed by Kathleen Jones 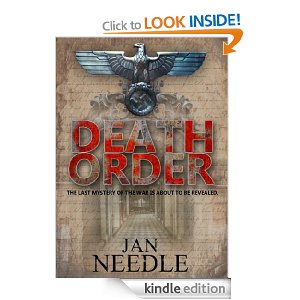 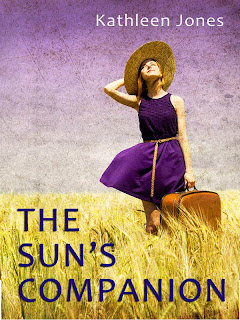 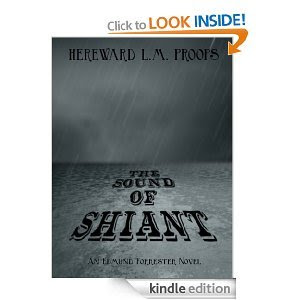 The Sound of Shiant by Hereward Proops. For review click here.


Review of Raised by Hand, Lifted by the Tides: by Willett Thomas

'Lil Bit' Lily Dalton's story begins on 'Ditch Thursday' 1953, the day
she almost drowns in the Massaquatta River. For Lily this is the start of 'a strange and fateful summer', the start of 'that period in a young life with pretty pink dresses no longer stem a watershed of tears.' She is living with Miss Beulah, her 'Bubbah' (the woman she considers to be her grandmother) in Arcadia, a poor and racially divided waterway township in Florida. Brief letters written home to Miss Beulah from a period more than a decade earlier, offer glimpses of the cruelty of a time when a young black man could be hanged for presuming to come too close to a white woman. However comfortable Lily and her Bubbah might be, however understanding Miss Dare the school teacher, Arcadia is a community defined by institutional inequality. The novel lives with this fact until almost its end when final revelations pull all aspects of the stories together and remind the reader of the true horror of segregation.

'Lil Bit' has seen something nasty in the Massaquatta but, because Arcadia is a community where power is despotically exercised by adults over children, as well as by whites over blacks, she is left both physically and metaphorically to drip and shiver in silence. She cannot tell her story at the time that it happens.
The events of the next two years and all the characters of the township are observed by Lily. This is not limiting but enriching. It adds humour, irony and a child's innocence -- as well as the understated pathos of her situation. Although Lily's understanding is only partial, her knowledge of her community is sufficiently well grounded to convey its habits and prejudices convincingly to the reader. Time passes. Lily's understanding grows. At last she finds a way to make herself heard. She discovers new and surprising truths: she makes good decisions.
There were times when I found this slowly unfolding story a little unclear and I'm still not entirely sure whether my moments of uncertainly sprang from my complete lack of knowledge of the way of life being described or the fact that I was reading with time lags and snatches. I did wonder whether in fact just a few more signposts would have helped with the clarity of the construction. I don't find flicking backwards and forwards on a Kindle as easy as it is in print format.
The writing however was a consistent pleasure. Willett Thomas has an absolutely distinctive voice, warm and idiomatic and as the story gathered pace towards the end – and as Lily gained sufficient maturity to make some hard choices in her own right – I felt that Thomas's technique of gradual unfolding had been entirely justified. As another reviewer commented 'there's a lot going on in this book'. I wouldn't necessarily endorse the product description that the reader was being taken on a 'tumultuous ride ride filled with adventure and mystery' but yes, the story certainly did offer its own convincing answer to 'the age old question: What does it take to be a family?'

I wish I had known a little more about Willett Thomas before I began to read. She is clearly the least egocentric of authors but some context might have helped. I discover now that she is a young, award-winning African-American writer working in Baltimore where she is the president of Write of Passage Inc. This is a training, and publishing organization formed in 2010 to assist unsung and under-served artists and writers hone their craft and to achieve economic success. 10% of all the 2013 Kindle book sales for Raised by Hand will be donated to the 2014 free workshops for Baltimore City Youth. Currently Willett Thomas is writing a novel in instalments for the Baltimore Post Examiner.

An author to watch and admire, I suggest.

Raised by Hand, Lifted by the Tides: a southern child's memoir
by Willett Thomas The Threads of Time

Have you ever wondered what it would be like to wander around an archaeological dig and be physically whisked back in time?

Paul is taking part in a dig in Galloway, southern Scotland, one of the lowly muck-shifters.  But he really fancies one of the senior archaeologists - Diane - older than him, beautiful, out of his league.

Strange things begin to happen.  Paul has dreams, but are they dreams?  And Diane begins to notice him.  Is she really interested, or is it a game she’s playing with their boss, the man in charge of the dig who has his own agenda and isn’t playing by the rules?

This is a time-slip novel with good, passionate characters and a thorough knowledge of archaeology and pre-history. As you'd expect from an experienced actor and playwright, the dialogue is excellent. It’s a little slow in parts, but apparently it was Cally Phillips’ first novel. Wonder too about this current fashion for brevity and galloping pace - perhaps we should have a new ‘slow book’ movement as in ‘slow food’?  Paragraphs of reflection and description are, perhaps, something we should give time to in our crowded lives. The Threads of Time is definitely a good read, a page-turner, and the ending is very unexpected.

I've also read Cally's Cuban novel 'Another World is Possible' - definitely worth checking out!  And I really liked her short story collection 'Voices in Ma Heid', written entirely in Scots - not easy for a sassenach to read initially, but when I got my ear in, the stories were moving and sometimes shocking.  Cally is a highly political writer and her books are a must-read if you're looking for something different.