The Centauress by Kathleen Jones 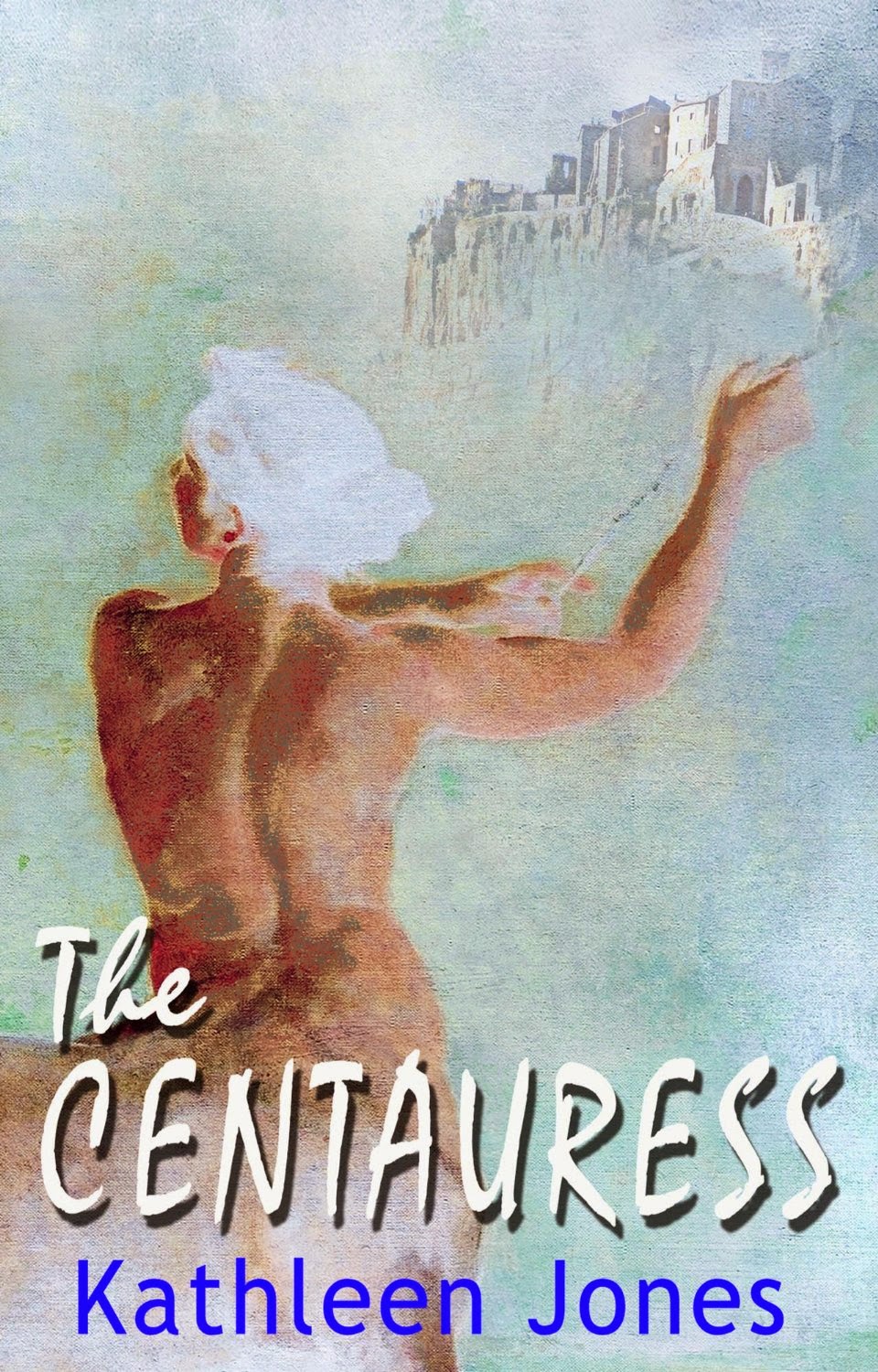 ‘The biographer, Alex thought, was always the observer, the outsider, the one whose job it was to be objective and impersonal. But how was she to do this in Zenia’s case, when she was getting more and more involved? Drawn into the story and in danger of becoming part of it? Wasn’t this what anthropologists feared? That the very act of observation affected the behaviour of those observed, the chain of events?’

When biographer Alex Forbes travels to Istria to research the life of eccentric artist Zenia de Braganza, she can have no idea how personally significant the experience will be. Alex, still suffering the after-effects of a terrible personal tragedy, is gradually drawn deeper into the life of her subject, and the unconventional household that has formed around Zenia. Zenia herself is now elderly and in poor health – though her spirit is as strong as ever – and is keen to tell her story to Alex before she dies. And what a story it is, encompassing war, death, secrets, familial disputes, tangled love affairs, and the tortured question of sexual identity.

Though she has lived her entire life as a woman, we learn that Zenia was in fact born intersex, with both male and female characteristics. Like many intersex children, past and present, she underwent surgical intervention designed to make her definitively one sex or the other. Zenia was transformed entirely into a woman – at least on the surface. The experience has left her feeling incomplete, and yet it also gives her an outlook that few others have: ‘This is what makes me unique, because I can see things from both sides.’

The issue of intersex – still little understood, and rarely discussed – is explored sensitively, sympathetically, and never pruriently. Nor does Jones present it in unduly simplistic terms; another writer might have been tempted to characterise Zenia as a straightforward heroine, or an uncomplicated victim. Jones resists this temptation: Zenia is reckless, vain, mercurial, and occasionally cruel. She is as flawed and fickle as any of us. She is not a heroine, and she is certainly nobody’s victim.

Fittingly for someone who is neither entirely one thing nor entirely another, Zenia has made her home in Istria, a region of Croatia which once belonged to Italy and retains a distinctly Italian culture and feel. Istria exists, appropriately, in both worlds. It is brought to life in beautiful detail here; reading, you can almost hear the church bells ringing and see the Adriatic in the distance. Yet, for all its beauty, it is also a place of sadness and horror, ravaged by war and tainted by remembered atrocities. Zenia’s story is, in part, the story of the twentieth century, and of the wars that ravaged Europe in that century.

Zenia’s personal history is also, as soon becomes clear, something of a warzone: friends and relatives do not necessarily want all the facts to come out, and often for very good reasons. Zenia insists that she wants the biography to tell the truth; but she herself, as Alex finds out, is not necessarily always reliable: ‘I often wonder just how much of the truth she told. Does memory lie, or does it just accommodate itself to the conventions of story-telling? Or does it, as in dreams, create narratives of its own?’

Certain loose ends in the story are never quite tied up, but I think this is probably a reflection of the frustrations inherent in biography. How does one arrive at the truth? How do you decide which one of several competing narratives is most accurate? (Kathleen Jones no doubt knows more about this than most. She is herself a biographer, having written about Norman Nicholson, Katherine Mansfield, and Christina Rossetti.) But the story has a strong narrative drive, not least because Alex, far from remaining a passive observer, becomes deeply involved in events.

And, despite all the uncertainty that arises during the story, there is a happy ending, at least for Alex. Coming to terms with past tragedies and disappointments is a theme throughout the novel, and a matter of great personal significance for Alex. We’re happy for her when, at the end, she succeeds in triumphing over her own past and can finally look forward to a happier future. A perceptive, beautiful, and ultimately inspirational novel, The Centauress is highly recommended.

The Centauress can be downloaded from Amazon.co.uk or Amazon.com.
Posted by Mari Biella at 00:30