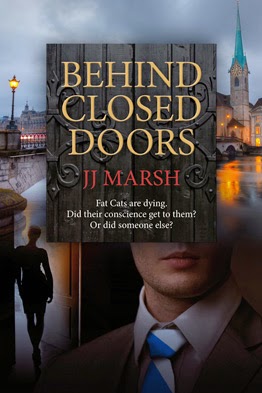 Original and Exciting Crime Thriller
I loved this book, not only because it is a murder mystery, which is my favourite reading material, but because it was well written, original, exciting, and full of suspense. There aren’t enough adjectives to do justice to how much I was engrossed with this novel.


The characterisation was spot on. Beatrice Stubbs, a Scotland Yard detective sent to Zurich to lead an international investigative team, steps off the page and becomes very real. At times likeable, at others unlikeable, she is far from perfect as a person. Her flaws are realistic and she has an intriguing past I wanted to know more about. Likewise, her team present as realistic characters. I particularly liked Xavier the least experienced member, maybe because he seemed vulnerable in comparison to Sabine, the crime analyst; Keese, the e-crime and IT forensics specialist; Conceição, the DNA advisor; and of course Herr Källin, the uptight Zurich investigative officer who resents Beatrice’s presence. Each character was well differentiated, all with their own persona and traits.


The plot was an interesting and original one. a series of suicides linked by the same person’s DNA found at each scene. The flashbacks to how these deaths occurred was interwoven expertly into the narrative, making sure the reader was always one step ahead of the investigative team, and although the reveal was anticipated it still had enough twist to make it a surprise.


However, when Beatrice herself became a target it wasn’t totally unexpected, and I couldn’t help feeling she’d been a bit naive and trusting. I will say no more, because I don’t want to include a spoiler.


I really enjoyed this book, and because I bought the box set that means I have another two Beatrice Stubbs investigations to look forward to.


Link for Behind Closed Doors