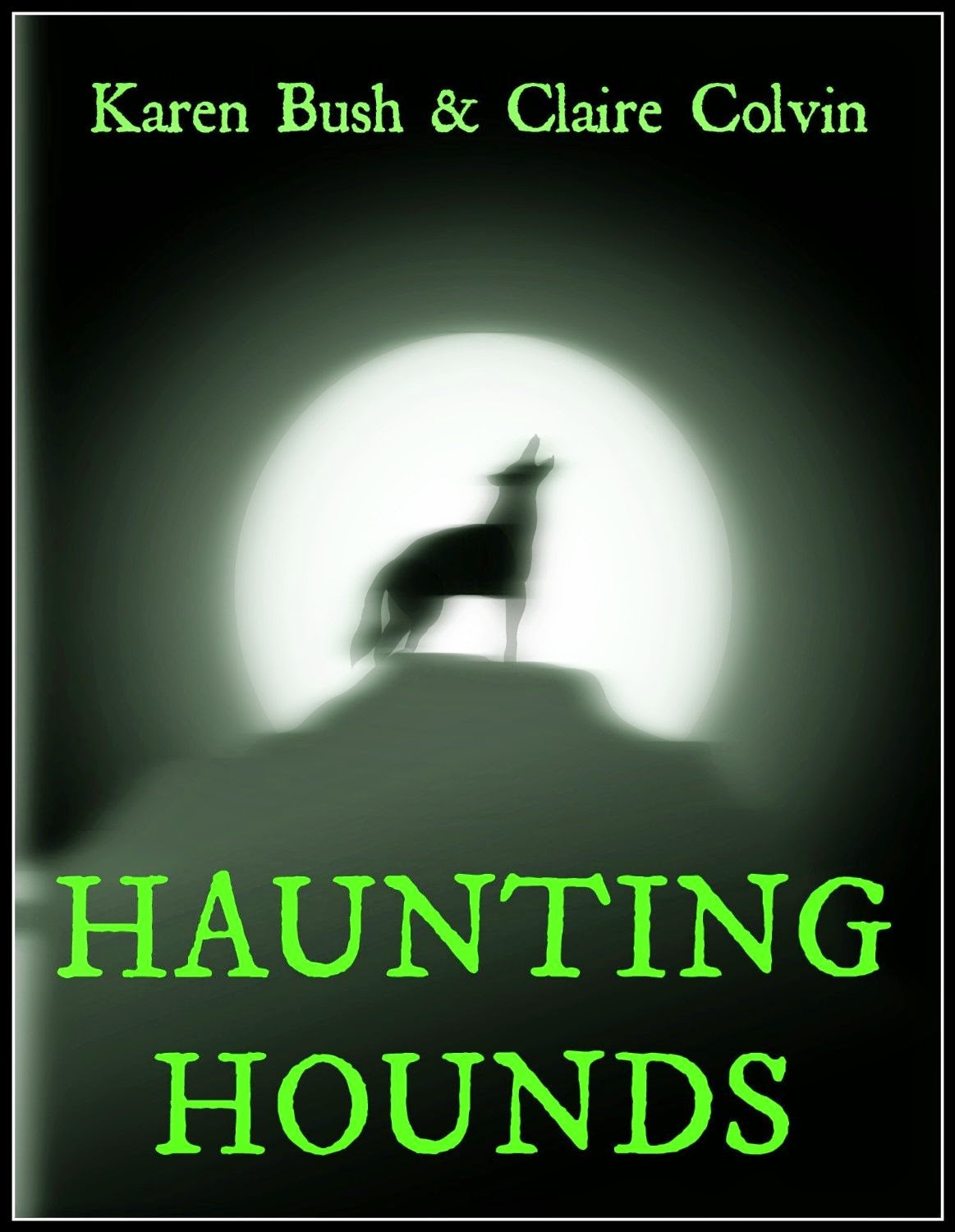 When I was very young – but probably old enough to know better – I used to be an avid reader of ghost stories (I still am, and now I’m definitely old enough to know better.) I loved nothing more than curling up under the covers and scaring myself silly with tales of headless horsemen, phantom nuns, and grey ladies. Of course, one of the good things about being a ghost-mad kid in Britain is that Blighty’s a notoriously haunted country, in which just about every village and country lane boasts its fair share of ghosts. And not all of those ghosts, as Karen Bush proves in this lovely collection, come in human form.

If men can return from the dead – and, according to folklore throughout the centuries, they can – then I suppose it follows that man’s best and most loyal friend might also do the same. The spectral dogs in this collection are every bit as diverse as human ghosts. Some are horrible, and some are helpful. Some are gloomy, and others are playful. Some come back to haunt the living because of unfinished business, and others do so for no apparent reason whatsoever.

There are plenty of famous spectral hounds here, from the hounds that ride with the Wild Hunt to the mysterious black dogs that haunt lonely roads, either helping or harming the humans they encounter. There are literary dogs, like the inspiration for Conan Doyle’s Hound of the Baskervilles and the Isle of Man’s Moddey Dhoo, which features in Sir Walter Scott’s work. There are vicious dogs and placid dogs, guard dogs and guide dogs, witch dogs and even fairy dogs. And as well as the well-known spectral dogs, there are plenty of more obscure local legends; a huge amount of research must have gone into this book.


Whether you believe in ghosts or not (‘All argument is against it; but all belief is for it,’ according to the opening quote by Samuel Johnson), they’re undoubtedly an intrinsic and fascinating part of folklore, and rather revealing on a psychological level. Ghost stories are often as reassuring as they are frightening, and the same applies to ghost dogs: it’s comforting to think that our canine companions might survive death. And this fascinating, affectionate tribute to our four-legged friends is, ultimately, comforting – not least because of Claire Colvin, whose beautiful and humorous illustrations really make this book a treasure. Highly recommended to anyone who loves ghosts, or dogs, or both.

Haunting Hounds can be purchased at Amazon.co.uk or Amazon.com.
Posted by Mari Biella at 00:00