Her Lines, My Lines by Joan Lennon and Kyla Tomlinson

My friend, Joan Lennon, has many talents - as you can discover
here, on her website.
Having the sense to live in Scotland is one talent. Being quick and witty is another.
I've admired her poems for a long time. Like Joan's photos, they often focus on a vivid detail, which might go overlooked by others. They make us look again, and see.

Her Lines, My Lines has poems by Joan, and illustrations by Kyla Tomlinson. It came out of a six-month Writer-in-Residence post, based in Blairgowrie, funded by Creative Scotland. They do better by their writers in Scotland.
There are so many poems in this book I would like to bring to your attention, but there are only 14 in the book, and I'd end up putting the whole lot into this post - which would not be right. But I can give you a taster...

She said, "They're not your boys - they're grown men."

...When I am rich soil
And quieted by time,
I will shift and stir,
restless still in rhythm
With your sleeplessness.

One long sequence of poems is The Week It Snowed. Joan captures the changing light and colour of snow and the north:

in the evening,
periwinkle (prussian in the shadows)
fades through glaucous
into slate. 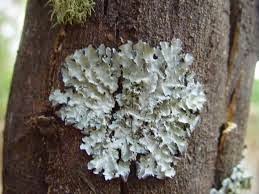 She sees Lichen on a Gravestone.

I am butchering these poems because I don't want to be guilty of giving away someone else's work for free - but they deserve to be read in full. Again and again a few words, a phrase, captures and fills my head with an image or sensation.

The book can be bought here - http://www.bookmarkblair.com/shop.php

Joan's other books for children and adults are worth checking out too. You can find them here.