Hamburg 1947: a place for the Heart to Kip  by Harry Leslie Smith 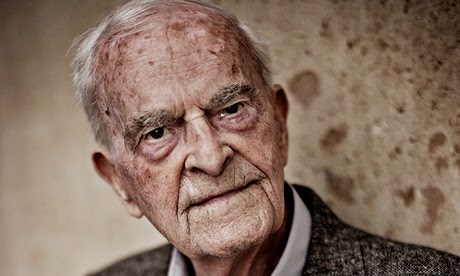 This is the sequel to 1923: A Memoir Lies and Testaments in which Harry Smith tells the story of his miserable childhood in Halifax. He was the third child of an unhappy marriage. His eldest sister died, gruesomely, from TB during the General Strike of 1926 and was buried in a common grave. His father, cheated of his inheritance as the licensee of the Barley Hole public house, eventually lost his job as a miner when his health could no longer stand even surface work, and the family struggled to survive on his pension of 12 shillings a week. Harry and his surviving sister Mary formed a fierce and lifelong bond as they foraged for chippings among the coal dust and endured the institutional cruelties of the worst type of Roman Catholic education.

Their mother, Lillian, fortunately or unfortunately, was more resourceful. She was considerably younger than her husband, an attractive woman who learned how to use her body to survive. She demoted her husband to the status of unwanted lodger in a draughty attic room and moved other men in to take his place as provider. She had two more children with different fathers and became an alcoholic. Harry Smith struggles to be fair to his mother. Intellectually he can see that she did whatever she did out of desperation and to save herself and her family from the workhouse: emotionally he cannot forgive her. He is full of anger at the injustice of a system that is so unforgiving to so many people and he hates the blackened ugliness of Halifax.

World War Two and enlistment in 1941 as a wireless operator in the RAF came as a temporary reprieve to Harry. The inanities of the training system meant that he saw little action until he was drafted to Germany in the closing months of the war. However he now had somewhere to live, enough to eat, regular pay and cheerful friendships. As he observes the devastation of Hamburg from 1945 - 1947 and comprehends the hunger of its people he realises that for the first time in his life he is in a position where he can be a benefactor. When he falls in love with beautiful, starving, emotionally complicated Friede he has no hesitation in blagging and purloining RAF stores, bribing, black-market trading – whatever is necessary to watch the ulcers from vitamin deficiency vanish from her legs and ingratiate himself with her suspicious family. There is nothing to tempt him back to Halifax and he continues extending his RAF service until finally the law is changed to allow serving English personnel to marry foreign nationals. His account of the suspicious questioning and the intimate investigations Friede is forced to undergo to establish her suitability to become his wife is frankly shocking.

One of the most worthwhile features of Hamburg 1947: a place for the heart to kip is its portrayal of life as a member of an occupying force in a conquered city. Harry Smith’s writing style is varied and sometimes uneven but his descriptions of the devastated city have an unforgettable lyric beauty. He is clearly a very intelligent as well as an angry man and there’s a hidden story of self-education running through both these volumes. His glimpse of the potential of the wider world began, he says, with his father’s greatest treasure, eight volumes of the Harmsworth History of the World, which he was occasionally allowed to look through. For the reader who has suffered the misery of Harry Smith’s early years through volume one it’s revealing to observe the difference made to him, as to anyone, by a basic level of material security. When he and Friede are finally permitted to marry there is even, briefly, comfort.

It doesn’t last. Smith makes the catastrophic mistake of signing on as an RAF regular and is forced back to England alone. The book stops.

I was hugely frustrated by this and was forced to hurry back to the Amazon author page to reassure myself that this resourceful and determined couple did not allow officialdom to blight their marriage permanently. Harry Smith must now be in his ninetieth year. I hope he’s hard at work on volume three.

That's what I said in May 2012 for the much lamented Indie eBook Review. Somehow I failed to notice that Harry had kept writing and Volume Three The Empress of Australia duly appeared. Then the first two volumes were collected as the Barley Hole Chronicles and now, today (June 5th 2014) the Guardian G2 headlines with Harry Leslie Smith's views on the NHS because this outspoken survivor has not stopped writing. His new book is called  Harry's Last Stand and is published today by Icon Books - in paperback and on Kindle. A review will follow asap.