Diving For Pearls - A Thinking Journey with Hannah Arendt, Reviewed by Kathleen Jones 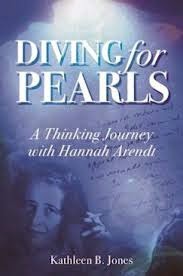 Diving for Pearls: A Thinking Journey with Hannah Arendt


by Kathleen B. Jones (the Other Kathleen Jones!)


‘This is the story of my thinking journey with Hannah, a tale at once political and personal, singular and common.  Diving below the surface of her writing, the narrative arches and bends, assembling vignettes about Hannah and me into a collage of life stories, a kind of intellectual and emotional scrapbook.’

That is how Kathleen B. Jones describes her unusual biography.  I read it with great interest - not only because it’s by my American name-sake, a writer, feminist and academic who has often covered similar ground, but also because I've followed the progress of the book on the internet for a couple of years, particularly the fraught process of publication. 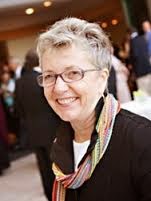 Kathleen B. Jones is trained in political theory and a Professor Emerita of Women’s Studies at San Diego University, California.  But these days not even the phrase ‘leading academic’ means that you can get your work published by university presses, and the unusual structure of this book didn’t meet any of the academic norms.  Increasingly, ‘leading academics’ are turning to self-publishing to get their work in front of the public and it’s something to be grateful for.  One of the books I contributed to, published by Ashgate Press, is currently only available at a cover price of £56.00 - You can buy Diving for Pearls for a mere £7.97.

The book had its beginning in personal memoir.  Everyone wants to make sense of their lives, Kathleen B. Jones begins. ‘Some of us do that by telling a story’, but for Jones it was different.  ‘In the dusk of middle age, I chose a peculiar path.  Surprising myself by reversing directions, I took a road I’d abandoned, and found myself exploring again the thinking and life of Hannah Arendt’. 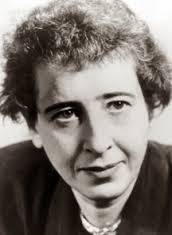 As a young woman, Hannah Arendt (1906-75) was a disciple (and lover) of the pro-Nazi German philosopher Martin Heidegger.  She was a Jewish woman who fled Nazi Germany to live in America, where she established herself as an eminent contemporary philosopher.  It was a title she often denied, choosing to describe herself instead as a ‘political theorist’.  She became the first female lecturer at Princeton and a fellow at Yale and was the subject of a 2012 film in Germany. 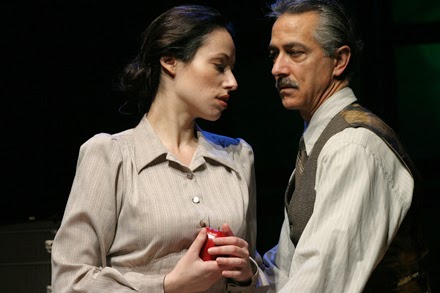 
Her views were often controversial - Arendt wrote a book on the Eichmann trial subtitled ‘A Report on the Banality of Evil’ which criticised Jewish leaders for their actions during the Holocaust and appeared to suggest that the Nazis were not necessarily the monsters of popular thought - they were ordinary people who acquired power and did evil things because they didn’t think enough about what they were doing, and neither did the people who put them in power.  Evil can arise from mere thoughtlessness, unthinking conformity and obedience.  According to Arendt ‘it was “ordinary people,” neither stupid nor necessarily ideologically motivated, who committed the great atrocities of the Holocaust’.

Defining herself as both a German and a Jew, Arendt wrote about identity and human rights. She was very clear-sighted and pragmatic. ‘The right to have rights, or the right of every individual to belong to humanity, should be guaranteed by humanity itself.  It is by no means certain whether this is possible’.  But Arendt’s insistence on retaining her German identity, the events of her own life, and particularly her relationship with Heidegger, gave her critics a great deal of fuel for their opposition.  Arendt described love as ‘perhaps the most powerful of all anti-political human forces’.

Arendt was, as Jones points out - ‘A brilliant political philosopher, who refused to call herself a philosopher, a woman who never considered her sex an obstacle in her life, a Jew who was called anti-Semitic, and a rigorous thinker who wrote passionately about hatred and love’.  As a feminist and a writer, Jones found herself fascinated by the apparent contradictions in Arendt’s writing ‘no matter how much I argued against her, I had to admit I admired her writing . . . I found myself circling around and then diving deeper into Arendt’s writing , each time retrieving some pearl of insight, which shifted my understanding and made me reassess my position’.   Hannah Arendt’s voice became particularly insistent when Jones began to write a memoir of her own unusual and complex life.  ‘She wouldn’t leave me alone.  Every time I penned a line bordering on an all too confident assertion, I’d hear her voice in my head.  “Dive deeper, you’re not really thinking,” it said.’

The form of both Jones’ biography of Arendt and her own memoir changed as they merged into one - ‘a disquieting dialogue between two women one long ago dead, about what and how the heart knows yet prefers to keep to itself.  I let my imagination go visiting, entering her life and her work, and began to see the world and my own place in it from an altogether different perspective’.

The result is an unusual book - a thoughtful, penetrating (and sometimes painful) account of a life lived that uses the insights of this life to illuminate that of another. ‘I began to retrieve anecdotes from her life and mine, finding meanings in them I believe are more universal than applied only to my particular case’. What Jones learns from her experience informs her view of Hannah Arendt both as a woman and a philosopher and what Arendt wrote about herself teaches Jones how to think about her own.

One of the things that Jones learned was that the past is not necessarily ‘a set of events determining my present, as if one’s life was fully fashioned at its beginning, as if only time and circumstance were needed to create the equation that produced a person as its inevitable result.’  She abandoned the idea of Fatalism and accepted that a human being must admit their own limitations and ‘accept responsibility’ for what is theirs to control. Human beings are much more than ‘a leaf in the whirlwind of time’.

When Jones re-read Arendt’s book on Eichmann, it made her think ‘about monsters and the hold I’d let them have in my life’.  Reading about Jones’ monsters made me think about mine too and some of the terrible relationships and bad decisions I have had to take responsibility for.  That’s one of the things about this book - it makes you think, as both Jones and Arendt intended.

Jones is also interesting on the bias of the biographer - how we interpret the lives of the people we study according to events in our own.  Someone called Elzbieta Ettinger had previously written about Arendt’s life and used her subject’s relationship with Heidegger to provide the biographer herself ‘with a thinly veiled means of self-laceration, a confession, never made public of ever having become such a man’s prey’.  Ettinger had had a similar relationship.  As biographers we bring our own lives, our own judgements and prejudices to the text.

But there is more - Arendt’s position as an exiled German Jew makes Jones think about our own precarious position in an increasingly unstable world.  ‘We have all become refugees, wandering far from some imagined promised land of our ancestors, searching for a new way to be at home in a world where we might connect with and live with others with whom we have no evident or common ties binding us together as a people, except the shared fact of having been born.’

This book is indeed a thinking journey, written in beautiful prose, bringing together two women whose lives have made me think again about my own.  But beware, as Arendt warned, ‘There are no dangerous thoughts; thinking itself is a dangerous activity’.

Reviewed by (the English) Kathleen Jones


You can find more about Kathleen B. Jones on her website here.


And you can buy Diving for Pearls on Amazon.co.uk