The Sleeping Warrior by Sara Bain. 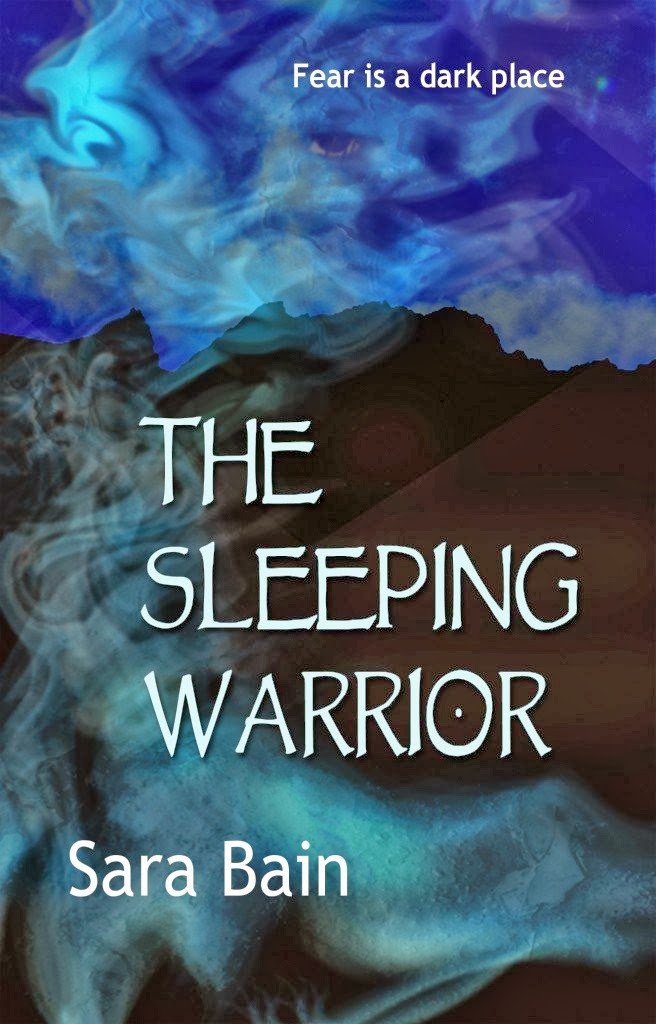 This really is an intelligent, clever book. And that’s precisely the sort of sentence that could put off potential readers so let me qualify it. I don’t mean that it uses long, posh words or that its characters sit around sipping absinthe and talking about Plato. No, the intelligence is that of the author, who’s deliberately set out to follow a piece of advice one often hears – write what you’d like to read. In one of her author interviews, she revealed that she’s always read fantasy and so wanted her first book to be ‘within the confines of [that] genre and all its associated subgenres’. In fact, her preferred version was epic fantasy.

It’s therefore something of a surprise when you start reading to find that, right from the tense, gripping, mysterious opening, you’re faced with a cast of characters and a sequence of events that seem instead to fit perfectly into the crime genre. Solicitor Libby Butler is called to a police station to represent a mysterious figure, Gabriel Radley. He’s wearing studded leather armour and his first words to her are ‘There is nothing in the darkness that cannot be seen in the light’. So yes, there are early indications that this character operates in a different dimension, but he’s also very much part of a familiar everyday reality. The settings are ‘normal’, the various characters, male and female, are very ‘real’, their conversations are sharp, witty, often very funny, and the author moves it all along at a dramatic, exciting pace. Interest never flags and we’re faced with an intriguing but entirely authentic situation and sequence of events.

But, at significant points in the narrative, that familiarity with what’s happening is disturbed by the actions of  Gabriel. His central mystery revolves around a quest for a lost ‘stone’ and, gradually, every other narrative thread – the search for a serial killer, a cult group, gangsters, assassins and the police – are drawn into that same quest. It’s such a good ‘crime novel’ that these mysterious, supernatural ingredients increase the reader’s nervousness, add intrigue to his/her uncertainties. It’s fascinating to be confronted with not only the mysteries in the book but also our own reactions to them. We’re following a crime investigation, looking for clues, the characters are herded into difficult situations from which there seems no escape and, suddenly, there’s a shift in the continuum and different values must be applied as Gabriel’s powers adjust the interplay between darkness and light.

All in all, the novel is proof that, rather than diluting the effect of genre fiction, a sensitive, intelligent mixing of themes and characteristics can reinforce the different genres’ impact. Sara Bain has been bold in defying the received wisdom of staying within prescribed boundaries and as a result has produced a highly readable, very enjoyable and distinctly original work.